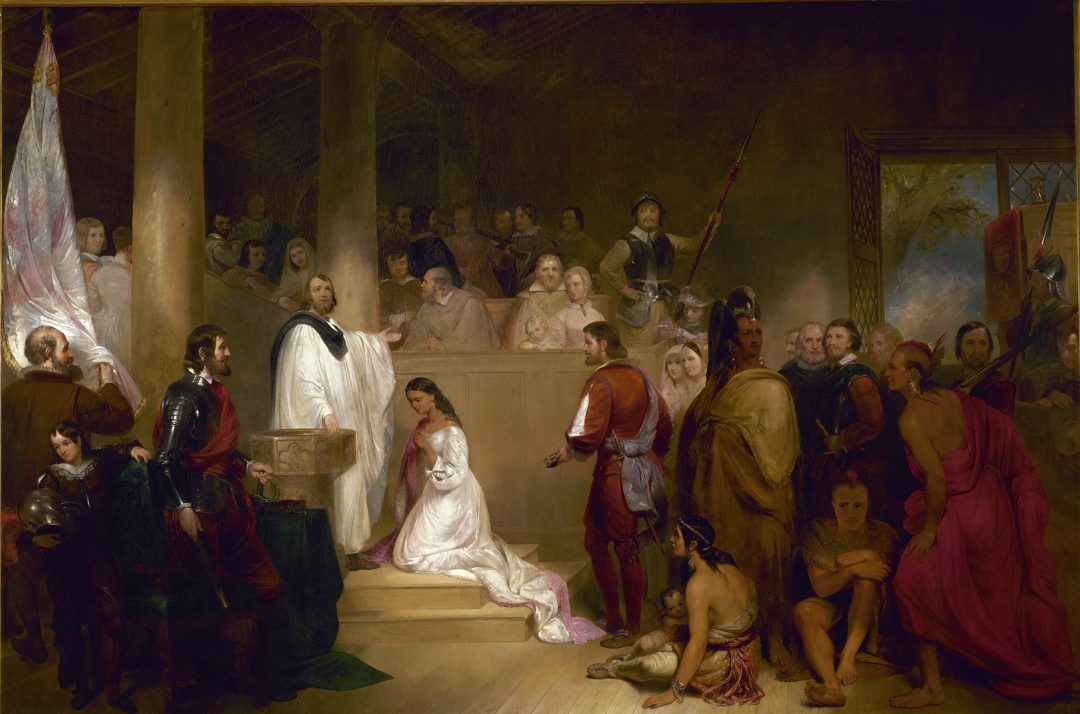 The Baptism of Pocahontas; Image via Wikipedia

Join us for a sampler of Norfolk State University’s 1619:The Making of America conference, including the myths and truths behind the lives of two native women—Pocahontas and Tituba—by Page Laws (Norfolk State University), a brief history of human slavery by Paul Finkelman (University of Pennsylvania), and three remarkable enslaved women in Canada who fought back by Maureen Elgersman Lee (Hampton University).

Later in the show: The story of Pocahontas has been told and retold for 400 years, from Captain John Smith’s early letters, to director Terrence Malick’s film, The New World. In a lively discussion, historians Helen Rountree (Old Dominion University) and Camilla Townsend (Colgate University) demystify the legend of Pocahontas and, in doing so, paint an engrossing picture of Indian life in the early 1600s.

The Age of Exploration

The story of Juan Ortiz, a truly remarkable tale involving a Spanish soldier captured by Indians in 1528 and not rescued until 1539. At one point, he was slated for death, which is to say, bound hand and foot and placed over a fire.

There’s a new season brewing for a television series about the Salem Witch Trials.  A Virginia scholar puts one of the witches under the spotlight.  Lilia Fuquen has the story.