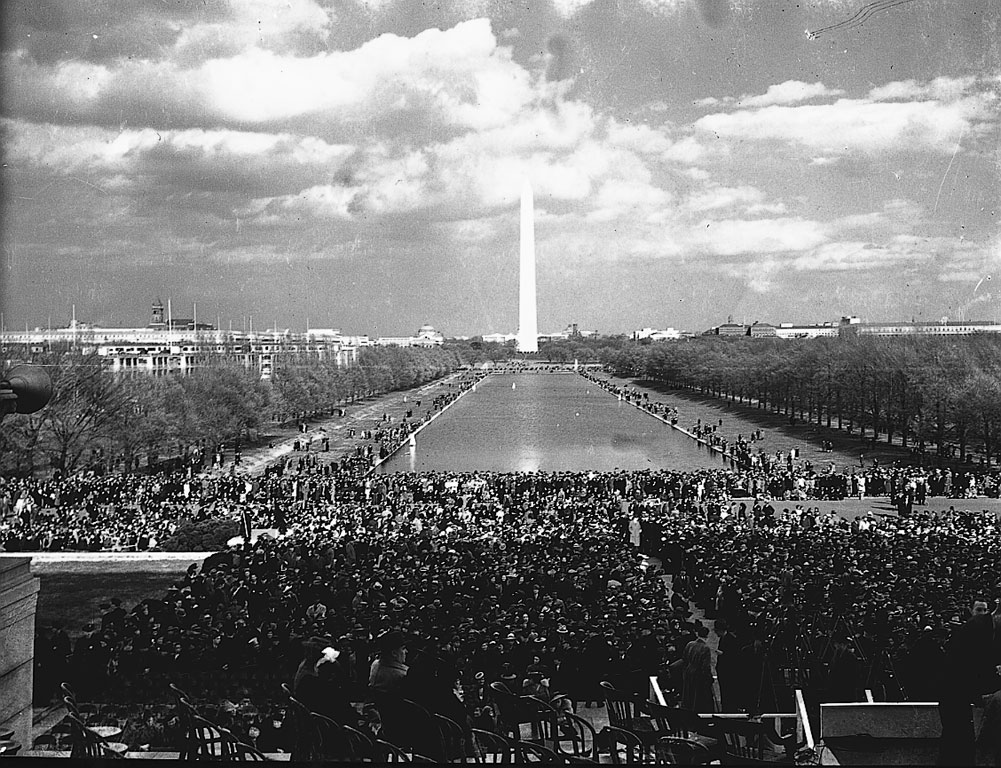 From Marian Anderson’s 1939 concert at the Lincoln Memorial to Marvin Gaye’s singing of the National Anthem at the NBA Finals, the theme of patriotism can be heard throughout African American music. Benjamin Ross offers selections from this rich musical heritage. Also: Published in 1946, The Street by Ann Petry was the first million-selling novel by an African American author. Keith Clark (George Mason University) says Petry deserves to be in the pantheon of other great American writers like James Baldwin or Toni Morrison.

Later in the show: In 1862,Poet Walt Whitman went to Fredericksburg, Virginia, searching for his brother George who had been wounded in a Civil War battle. Mara Scanlon and Brady Earnhart (University of Mary Washington) say Whitman was so moved by the carnage he found that he worked as a nurse for the rest of the war. Also featured: 19th-century poet and author Edgar Allan Poe is still considered the master of the macabre. Jerome McGann (University of Virginia) says Poe, whose influence is probably unmatched by any American author, was more charming and humorous than his famous dark fiction suggests.

Watch and listen as Marvin Gaye performs his soulful rendition of “The Star Spangled Banner” that stole the show at the 1983 NBA Allstar Game.

Pushing discussions of race and gender through literature

All around the country, summer reading lists will feature the same familiar authors of the literary canon.  In recent decades, that canon has come to include a small group of black writers.  One Virginia scholar argues that it’s time to expand that group starting with the addition of Harlem writer Ann Petry.  Allison Quantz has the story.