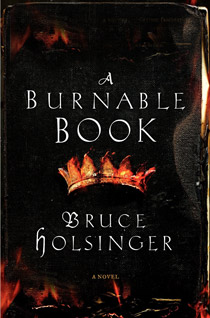 Murder, mystery, and poetry come together in medieval scholar Bruce Holsinger’s (University of Virginia) new novel set in Chaucer’s London. Plus, Faulkner Fox (Virginia Foundation for the Humanities) has a new novel that explores the complexity of race relations for southerners in the 1980s. And, Michael O’Donnell (University of Virginia’s College at Wise) has been teaching for nearly five decades and has no plans of stopping.

Later in the show: Award-winning poet Sonia Sanchez is a pioneer in founding black studies. In a literary career that spans more than 42 years, she is most often associated with The Black Arts Movement. We hear from Sonia Sanchez and Dr. Brenda M. Greene, Director of the Center for Black Literature at Medgar Evers College of the City University of New York, as Sonia was honored by the Furious Flower Poetry Center at James Madison University.

After spending years studying medieval stories, one Virginia scholar decided to write his own.  Allison Quantz reports on a new mystery novel that explores the gritty nooks and crannies of Chaucer’s London.

5 Comments on “A Burnable Book”