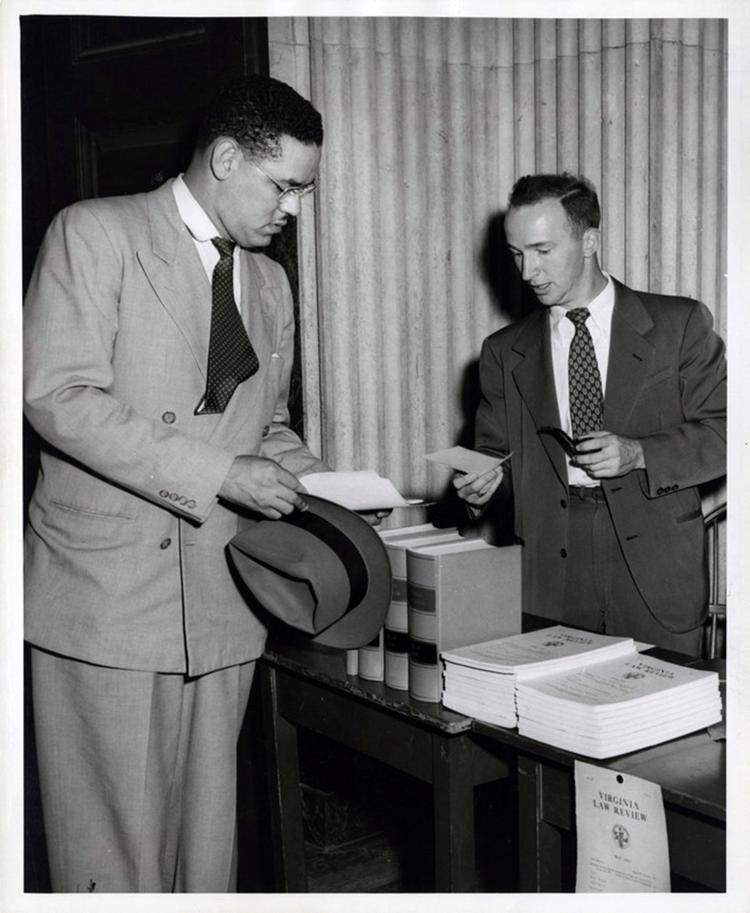 Gregory H. Swanson, after his registration at U.Va. on Sept. 15, 1950, confers with Charles Killian Woltz, assistant dean of the university's law school.

In our show “Roses in December,” Jennifer Ritterhouse shares the story of  Sarah Patton “Pattie” Boyle and her transformation from segregationist to ardent desegregationist in mid-20th century Virginia. Boyle’s desegregation efforts began in 1950, when she opened a correspondence with Gregory Swanson, the University of Virginia’s first African American law student. Through this experience, along with the influence of newspaper editor T.J. Sellers, Boyle became one of Virginia’s most prominent white civil rights activists in the 1950s and 1960s.

But how did Gregory Swanson gain admission to UVA’s School of Law? In 1949, the Howard University graduate was rejected by UVA’s Board of Visitors on account of his race. The NAACP took up his case and filed a lawsuit on his behalf, which would see Swanson admitted in a victory for the desegregation of American higher education.

This is the story, told with local contemporary newspaper clippings provided by newspapers.com through our sister program, BackStory.

Having been denied enrollment by the University, Gregory Swanson sought, and received, assistance from the Virginia branch of the National Association for the Advancement of Colored People.

“Except for his race, the board conceded, Swanson is otherwise qualified for admission.”

The U.S. Circuit Court of Appeals ordered that Swanson be admitted to the law school, and the presiding judge publicly chastised the university’s attorneys for “using the courtroom as a forum for public relations.”

While the successful court case marks a significant milestone for desegregating higher education, it proved less beneficial for Swanson himself. Although admitted, he was not allowed to take part in many aspects of campus life. Swanson was barred from living on Grounds, and forced to stay in a hotel. He was not allowed to attend “private” dance society events. After a year at the University, Swanson left the school “due to … an overwhelming climate of racial hostility and harassment.” After this shortened education, Swanson worked as an attorney in Martinsville and Alexandria, Virginia. 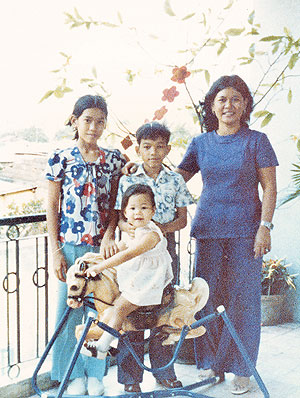 In our episode “Voices of Vietnam: A Lost Homeland,” we spent some time with the oral history of Kim Delevett, recorded by historian Jason Stewart and found within Texas Tech …

A Summer Without Children

In the summer of 1950, Wythe County had the highest incidence of Polio cases per capita of any city or county in the country. To this day, no one is sure exactly why.

Bernard Cohen and the Legacy of Loving

Bernard Cohen, one of the two lawyers who successfully took on one of the last laws underpinning legal segregation in the landmark Loving v. Virginia case, died on October 12… Read More»