Stories of the South at Whitney Plantation 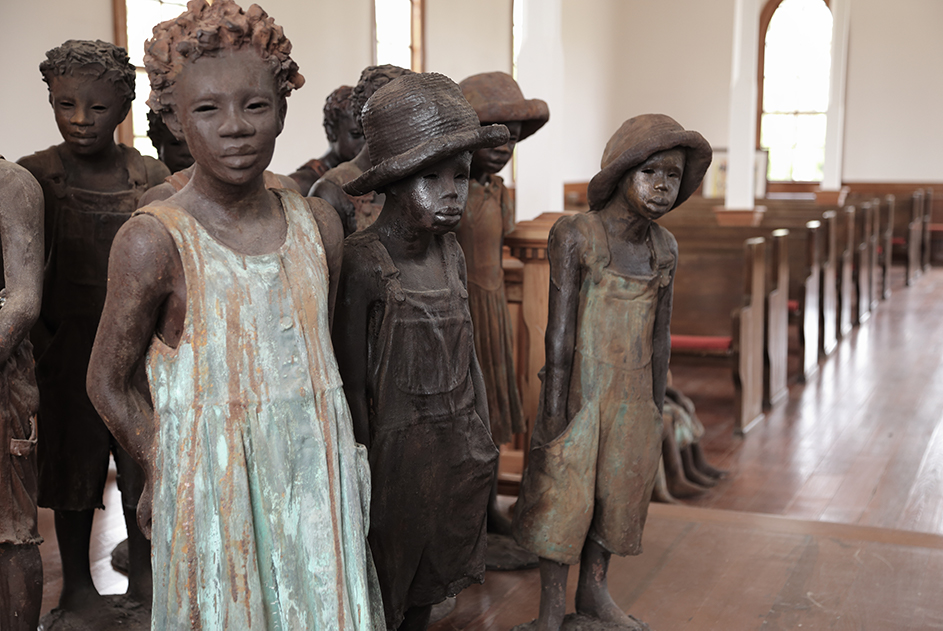 In our episode, “1619: Past and Present,” we talk to Stephen Hanna, chair of the department of Geography at the University of Mary Washington, about the role of plantation museums in shaping our collective memory of the south, and their ability to tell the stories of enslaved people which otherwise might go unheard.

Some of these museums rely on romanticized depictions of southern plantation life reminiscent of “Gone With the Wind.” But many are stepping up to tell a less “traditional” story of plantation life. The Whitney Plantation in Louisiana is a notable example that Hanna highlights in the interview.

We reached out to the museum, and they graciously provided pictures of the plantation and its exhibits. All images are duplicated with permission from the Whitney Plantation, with credit to Elsa Hahne as the photographer.

Recently, the Whitney Plantation opened its doors to the public with exclusively the story of slavery on Louisiana plantations. In doing so, it turns the traditional plantation story inside out. Visitors learn about the men and women who were enslaved there, what they did, and where they came from.

Hanna tells how creating an emotional attachment to characters is an important way of telling stories and getting people into history.

Hanna explains: “The good plantations try to get people to buy into the lives of the owners. That’s why people keep coming back to these places is you learn about these interesting people from history. So in order to talk about slavery and to try to help people identify emotionally with the enslaved you have to be able to tell similar stories.”

The Whitney Plantation also has excerpts from the 1930’s Federal Writers Project featuring interviews with people who remembered being enslaved. Many plantations, including the Whitney, are surrounded by African American communities with historical ties to the plantations. Attaching these stories to the history of the plantation can bring them to life and deepen our understanding of the people and communities who made up southern plantation life.

If you cannot check out the Whitney Plantation for yourself, the website has more images along with great educational resources and lesson plans.